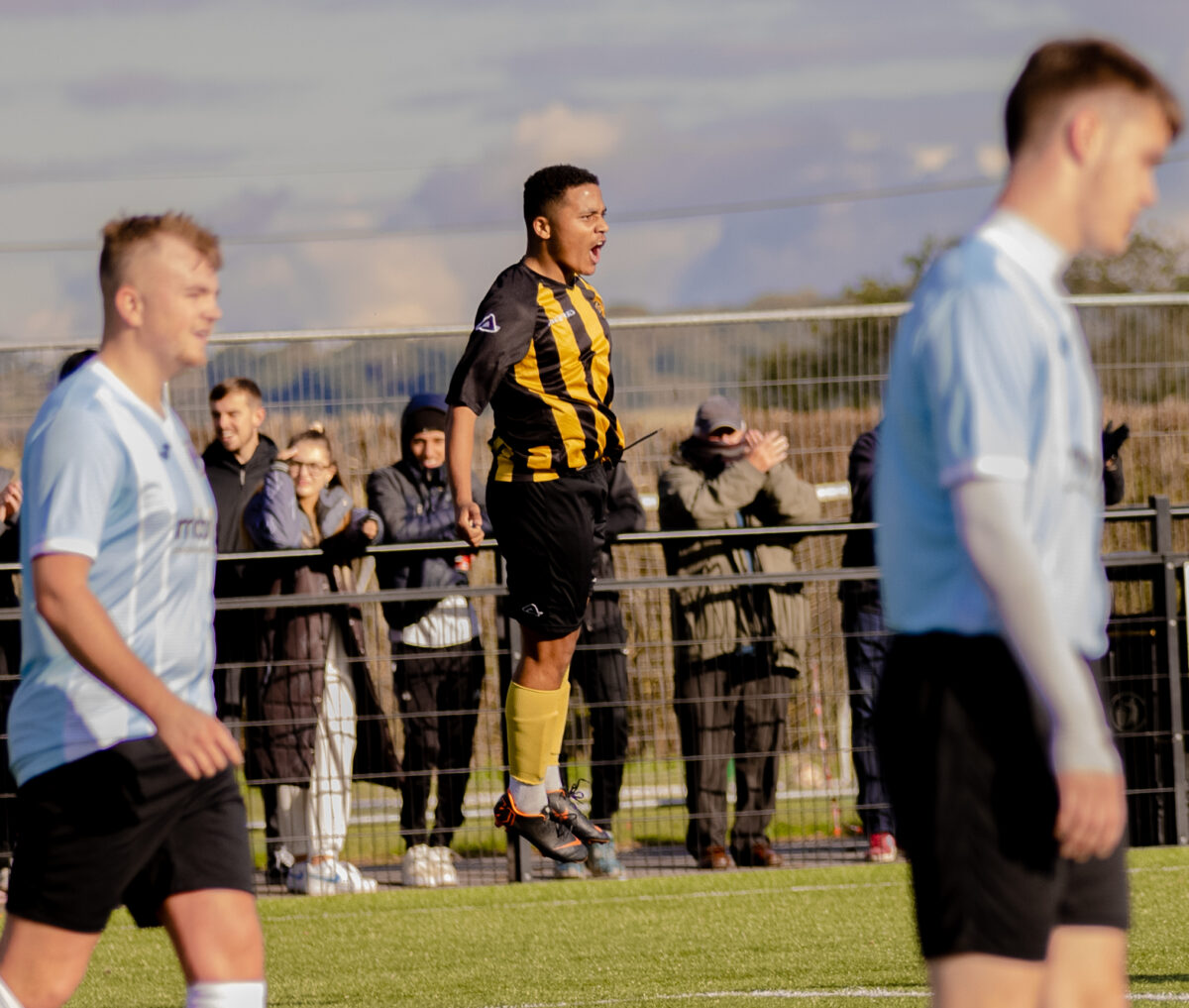 Paget’s biggest game of the season so far in the FA Vase 2nd qualifying round was an enjoyable one from start to finish as the Bears managed to secure their place in the first round proper.

Paget set the tone from the first minute of the game, starting very quickly, good football created an early chance for Max Turner who got in behind the defence but unfortunately just chipped wide of the goalie. McKenzie Humphreys, who was electric all game long, beat his man, not for the first time, crossed the ball across the box but Myles Lowe unfortunately scuffed his shot on his weaker right foot. Another good bit of play from Paget who worked a short corner to Euan Kemp, who cut inside onto his left and bent one towards the far corner but the Chelmsley goalkeeper saved well.
Chelmsley had their only chance of the half from a free kick which was flicked on towards goal but palmed over by Dylan Mandaracas in goal. Paget were rewarded for their play in the 40th minute when Euan did well to keep the ball in play, laid the ball off to Ryan Butler who went long into Max Turner who won his flick on superbly down to Myles who flicked the ball into McKenzie who finished superbly.

Half time: Chelmsley 0 Paget 1, visitors thoroughly deserving of their lead.

The second half was marginally more even than the first with Chelmsley not creating much from open play but causing a few issues with their set pieces. Everything they had from open play was stifled by Justin Burns and Cameron Day who were both superb on the day, top goalscorer Jordan Wade was also kept incredibly quiet by Jamie Smith at right back. The first 15 minutes of the half were fairly scrappy, but the substitutes changed the game, Rhys Fearon and Owen Ward were excellent when they came on, Rhys had their right back on toast! He got in behind his marker and cut back a superb ball for McKenzie who hit the post from close range. A couple of minutes later Owen played a delightful ball in behind for Rhys to hit on the half volley but he unfortunately couldn’t get across it enough and missed at the near post. McKenzie again was causing problems for Chelmsley’s left back, twisting and turning, played a short pass into Owen on the edge who got the ball out of his feet and whipped a delightful effort off the outside of the post. Myles Mason was also introduced with 20 minutes to go and his direct running and pace caused yet more issues for Chelmsley, he got in down the left channel and cut back for Rhys 6 yards out who unfortunately fired over the bar. Chelmsley had a few set pieces late on but Paget defended them well and held on for a thoroughly deserved win.

Much the better side on the day and it should’ve been more than 1-0. It’s a win however, into the hat for the first round proper.